Next
Waikato braced for airborne invaders

The heat’s on Waikato residents to take immediate action to avoid being plagued by summer’s airborne invaders.

With the fly season upon us, PestNZ Technician Mike Wills says prompt action now can save time and money and avoid a persistent problem over the warmer months.

He says inland areas like the Waikato are often hit hard as being a predominately a farming region the fly problem can at times be extreme. As the mercury soars, and insects start breeding, people have to endure the ever-present buzz of flies in homes and offices.

“The Waikato can be particularly bad as it has a lot of farmland which attracts flies and summer can get really hot when it’s often still with no breeze at all. It would be worse there than in coastal areas.

“Coastal areas fare better as a sea breeze can help to keep flies away. They don’t like moving air and they don’t like being blown around.”

If there’s a repeat of last summer’s sizzling hot weather, says Mike, Waikato residents could be in for months of being bugged if they ignore the problem.

“The fly season usually begins about mid-October to early November when the weather starts to get warmer. You’ll start to see flies appearing, often on window frames.”

So how do you prevent flies?

“Spray inside and outside window frames with a barrier spray. It’s best to get this done early,” said Mike.

Warm damp conditions are ideal breeding conditions for flies. When they get indoors they constantly seek out food scraps and their circling behaviour means they are forever sniffing out something to eat.

Steps such as removing food sources and making sure rubbish bins are covered can all go a long way to help, says Mike. Making sure kitchen waste is kept to a minimum and ensuring surfaces are clear of crumbs is also advisable. 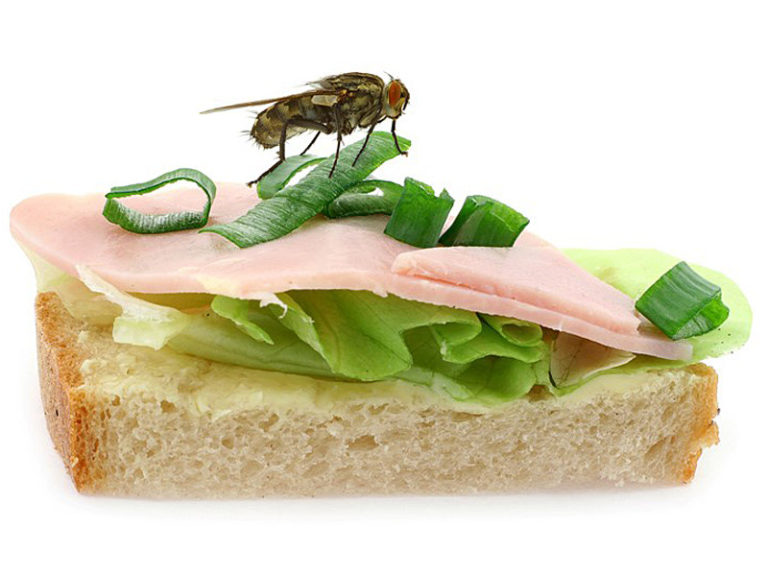